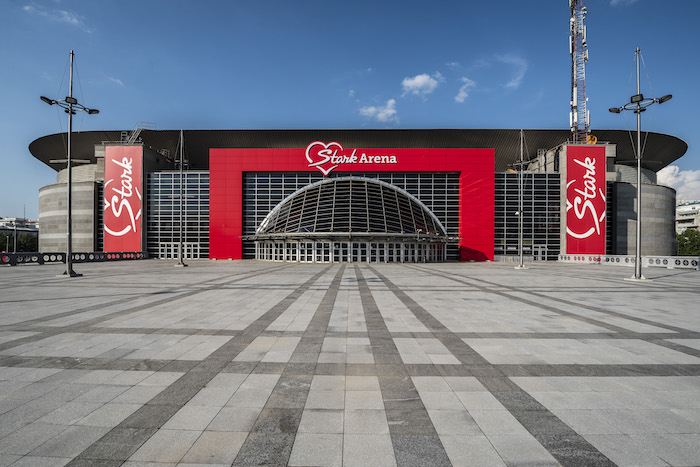 Stark Arena is a multipurpose hall in New Belgrade intended for sports events, cultural, entertaining, exhibitional and other events.

It has been built since 1991, and received its operating permit on October 1, 2007. Stark Arena was built by EPNA - Energoprojekt Visokogradnja consortium and GP Napred.

The total cost of construction has reached € 70 million. The complex consists of a large hall, a small hall and a parking lot, designed by architect Vlada Slavica.

The Stark Arena has an area of ​​48.000 m², spread over six floors, with the capacity up to 19.394 spectators. In addition to greater comfort for spectators and players, better connectivity with other parts of the city, more parking spaces, free Wi-Fi, modern ventilation and air conditioning, Stark Arena is also bringing new sectors to the audience that now has a larger selection of tickets to choose from. .Luxury VIP Sector - Level 300, for BC Partizan Mozzart Bet matches there are 43 fully equipped lodges that are used in full capacity for all games played in this magnificent sports facility in 7DAYS Euro Cup, ABA League and Super League competition ( KLS), in the 2019/2020 season. 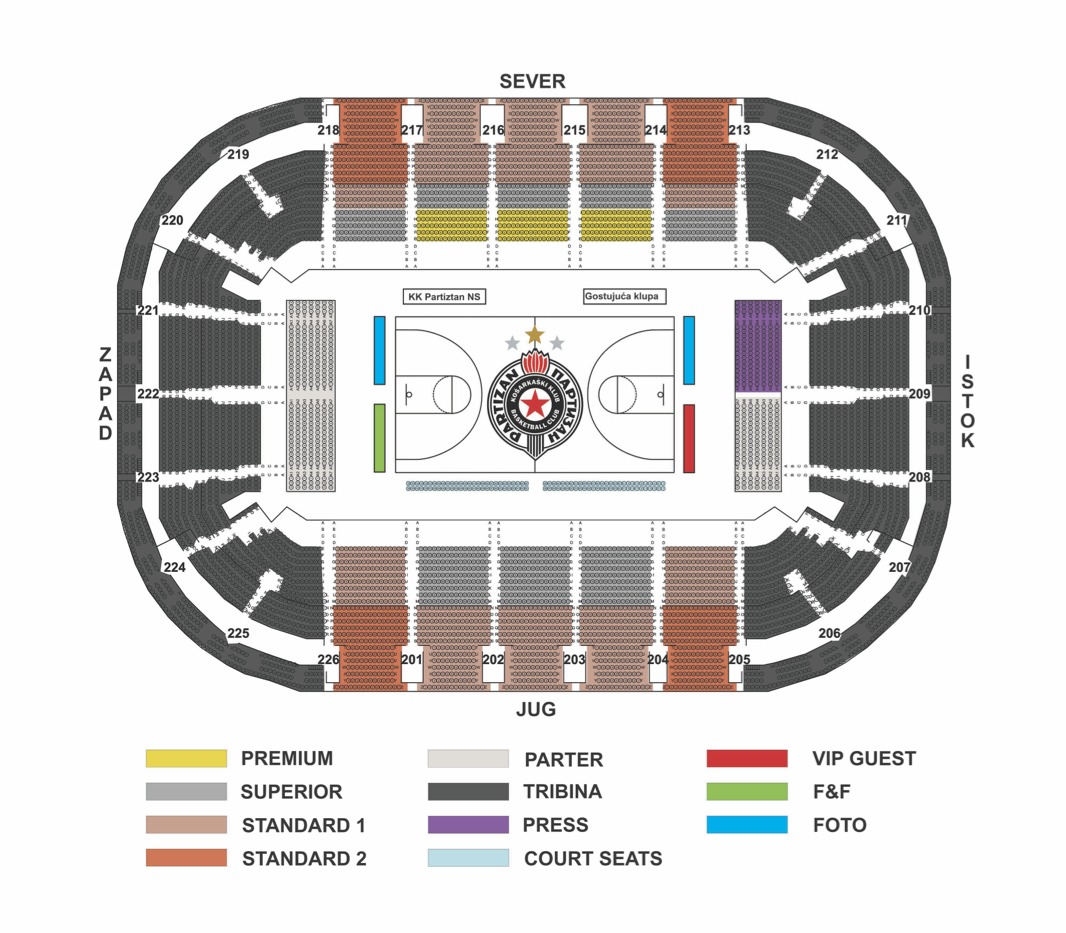